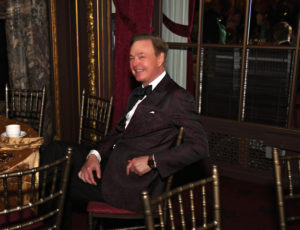 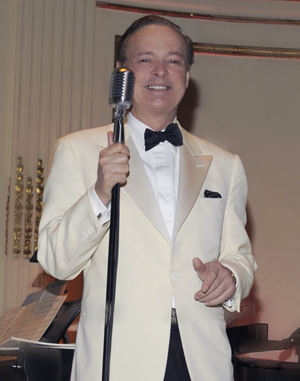 5 years ago to devote himself to his first love –performing with a band. As he puts it, “weddings are a LOT more fun than divorces!”

His first major “gig” was a wedding in Jaipur, India for a former divorce client, which landed his picture in a slew of major magazines leading his orchestra while trying to keep a turban on his head! His special energy, charisma & ability to “read” a crowd quickly made Donner “in demand”. He was chosen to be the Musical Director of New York’s legendary Club El Morocco, where Frank Sinatra was a regular guest. Later, he was the musical director at the Colony Hotel in Palm Beach and “Midnight Summer Swing” in Central Park.

A native New Yorker, Alex grew up on the east side of Manhattan, studied at the Sorbonne and graduated from Princeton University. He performs with his own Orchestra 100 times per year from Coast to Coast and oversees an organization that books entertainment for another 200 events per year. With clients that span the country, from the chicest Manhattan socialites to the hippest young brides, Alex Donner Entertainment has built a reputation for elegant music that “makes the party swing”. New York Magazine has called him, simply “the best!” 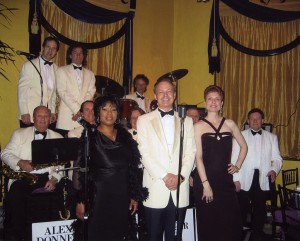 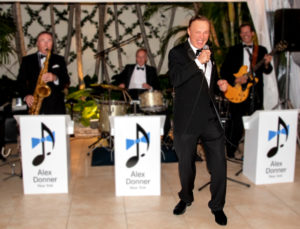 Alex had two long running cabaret shows in the late 90s with good reviews in New York–one at the Oak Room at the Algonquin which culminated in a second run at the Cafe Carlyle. The show garnered critical acclaim for his singing and charming banter and had extended runs at both venues.

The New York Post referred to Alex’s debut at the Algonquin as “most agreeable surprise” and a “revelation.”

Black Tie Blues
“Alex Donner has released “Black Tie Blues’…a refreshingly unique take on the Blues….fun originals by Donner…obviously culled from his experiences…many of the classic Blues Brothers musicians…hot band…and is donating $1 to a World Trade Center victims fund for each CD sold… a Bobby Short kind of Blues.”

White Tie
“Alex Donner has been putting together big bands and other groups for galas, balls, and other business client events for almost 15 years. Donner also had good success with a cabaret show, “New York, My Hometown”. Building on these successes, he has recruited some of New York’s top session and jazz players for this his debut album, “White Tie”. With the presence of such stalwarts as Frank Wess, Ronnie Cuber & Jay Leonhart, among others, it’s an all-star group. But its main purpose is to serve as the backdrop for Donner’s strong, harmonious baritone voice, which he applies with vigor to a list of standards…There are also some notable solos along the way … very interesting.” 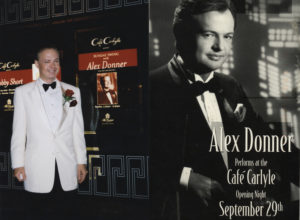 According to the New York Sun, “When Alex Donner debuted last Sunday he’d earned his place at the Cafe Carlyle. He commanded the landmark room where quintessential New York Cabaret Stars like Eartha Kitt, Barbara Cook and Bobby Short have presided…a rousing soul singer voice…great band!” He was voted Best Baritone by the Sky Traveling Magazine.